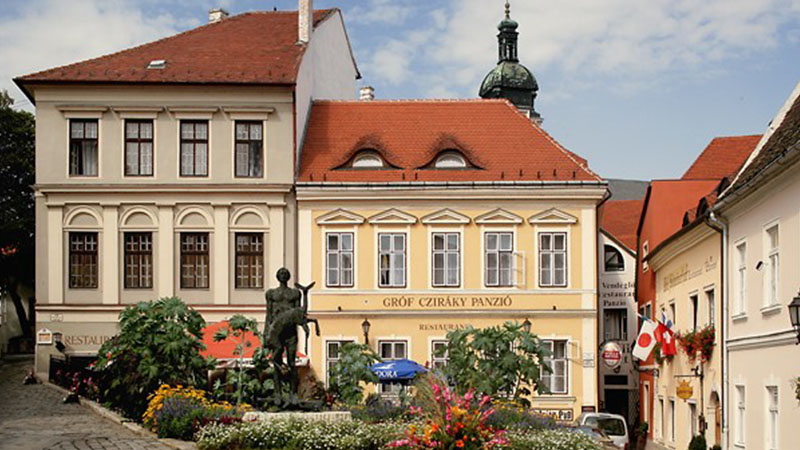 It has been often said that the city centre of Győr is a real jewel box containing everything a tourist might want to see. Moreover, the residents feel really at home and thus readily give information to visitors.

The City is one of the smallest but all the more significant parts of Győr. The historic centre, the Old Town, which had once been surrounded by a wall, lies at the meeting point of the Rivers Danube and Rába. Újkapu Street and Újvilág Street form its boundary in the east, and Pálffy, Schweidel and Arany János Streets and the Flower Market in the south. The districts lying south and east of here were developed in the 19th century, after the demolition of the ramparts surrounding the Old Town. Today they are called the southern and eastern parts of the City. Alongside the historic buildings, 20th-century architecture can be found in both districts, while the Old Town, having been declared a historic area in the 1950s, has retained its historic characteristics. Owing to these factors, the city centre of Győr shows one of the nicest and most picturesque Baroque townscapes in Hungary.

Most historic buildings and sights can be found in the Old Town; the architectural masterpieces are worth a closer look. There are detailed descriptions of the sights, which almost revive life in Győr of old. The town is very rich in ancient monuments and listed buildings, and not only in the city centre.

The Káptalandomb is also of outstanding importance. The Püspökvár and the Bazilika, the two most ancient and important monuments of Győr, can be found here. The originally Romanesque church was first rebuilt in Gothic style in the 14-15th century. The Héderváry Chapel, adjoined to the Bazilika from the south, was also built at that time. The picture of the Weeping Blessed Virgin, which was taken from Ireland to Győr for safety in 1655, can be seen here. It cried bloody tears on 17 March 1697, the day of Saint Patrick, patron saint of Ireland. Bishop Ferenc Zichy had a Baroque altar raised for the picture in 1767. It is treasured even today; many people pray to it and organize pilgrimages. The medieval reliquary of Saint Ladislaus I of Hungary - the most significant sacred relic besides the Holy Right hand of St. Stephen and the Holy Crown - and the grave of the Blessed Bishop Vilmos Apor can also be found in the church.The buildings of the Püspökvár, this valuable monument, lie at the meeting point of the Rivers Danube and Rába. Here is the religious centre of the town, including the seminary.

The Bécsi kapu Square is one of the most beautiful Baroque squares in Hungary. It is one of Győr’s oldest squares, its present form dating back to the Baroque era. All the buildings here are listed. The Baroque style Carmelite church can also be found here. 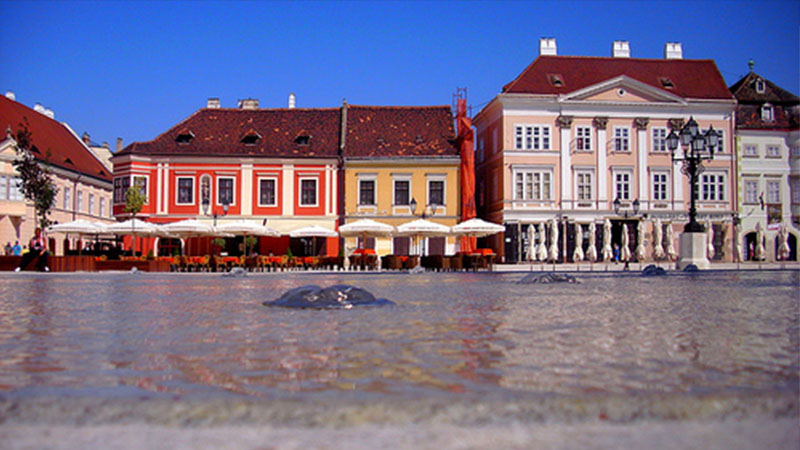 Győr’s main square is the centrally positioned Széchenyi Square, where the civilian town stood in Roman times, and which has been used as a marketplace since the 14th century. The underground prison was here during the Turkish occupation. Later the pillory was erected here, which served as the place of execution for nobles. The last witch burning took place here in 1688. The Saint Ignatius of Loyola Benedictine church and monastery, and the Széchenyi Pharmacy Museum can be found on the square as well.

Walking towards the Danube from Széchenyi Square we come to the Ark of the Covenant, which has recently been renovated. The sculpture is the main sight on Guttenberg Square, its history is worth a closer look.

The Baroque city centre of Győr can be attractive to everybody, so it is almost impossible to list everything that is worth visiting on a walk. This is why we suggest that you visit our “Sights” menu too, and feel free to fall in love with Győr.